It’s been a couple of months since I updated this diary, and I’d just left Orkney to do some more volunteering. Well, I came straight to a place called Wiston Lodge and have been here almost 3 months now. 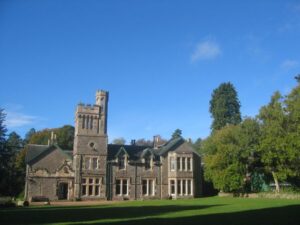 Wiston Lodge is in South Lanarkshire, about 10 miles south of Lanark. It sits at the foot of Tinto, a well-known hill. It is an old Victorian hunting lodge, built around 1850, and has been owned by YMCA Scotland for years. The grounds are 55 acres of mixed woodland, fields and gardens. Wiston Lodge hosts many groups throughout the year, most of which consist of “at-risk” or disadvantaged youths. It has a very welcoming, laid-back atmosphere which helps visitors relax and feel at ease, and the kitchens produce healthy and very tasty fresh food. Most of the groups do outdoor activities: team-building, orienteering, climbing etc. and there are a number of conference rooms available too. Other groups that have visited whilst I’ve been here include some fantastic music groups, drama classes, John Muir Trust, Duke of Edinburgh Award and refugee/asylum seeker groups. 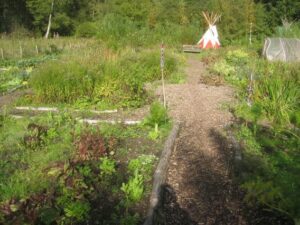 I’ve been working in the garden, harvesting leeks, beetroot, spinach, salad leaves, chard, cabbage and onions. There is also a greenhouse, which had tomatoes, courgettes and cucumbers. I was out on Christmas Day picking brussels sprouts for dinner! I’ve also been repairing various things, like the polythene on the greenhouse, the guttering on the sheds and rehanging doors. I have plans to build a proper outside wood store to help dry the firewood – at present it’s piled into a damp mouldy shed. 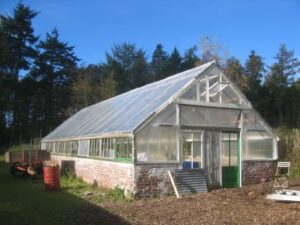 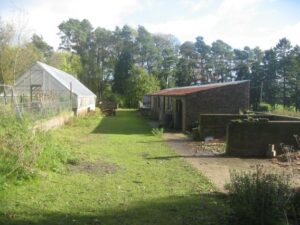 I’ve been collecting seeds from the vegetables and flowers, to plant with next year. Some seeds I dried in trays, the others I removed the heads and hung them, upside down, in old envelopes. Then, as they dry, the seeds fall into the envelope. I just spent hours a couple of days ago, labelling glass jars and sorting the seeds into them, for storage in a fridge over winter. 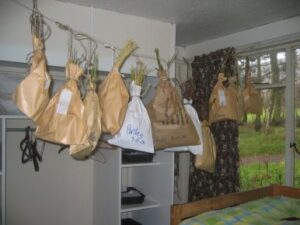 I had a cat staying in the greenhouse for a few days whilst its owners were away, she was a very affectionate little thing that climbed all over me … it tickled! 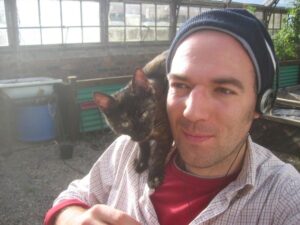 The next time I add to this diary, I’ll have to update my menu bar on the left to have a “2007” section … doesn’t time fly? I haven’t looked back since I dropped out of the rat race, and I’m really enjoying myself – living in a beautiful location, with great folk, doing rewarding work and learning every day – I couldn’t be happier! If there’s anyone still reading this – here’s to a great 2007! 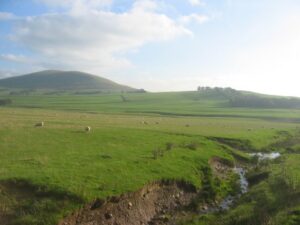 Some of the surrounding countryside, with Dungavel Hill in the background

Another year at Wiston